Would Mace Windy from the Star Wars series count? Or is it out because it’s a space-opera? Or because he’s from the prequels? 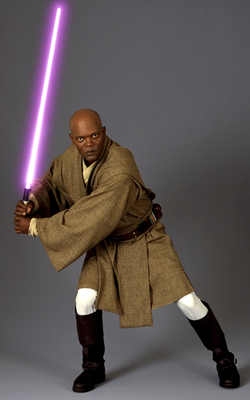 GearsNSuch wrote: ↑
Mon Nov 25, 2019 12:58 pm
Would Mace Windy from the Star Wars series count? Or is it out because it’s a space-opera? Or because he’s from the prequels?

(The other comic-book one I was thinking about was Charles Xavier/Professor X, from the X-Men. Another could be Owen Krysler, the Judge Child, from Judge Dredd; like Professor X, he's another bald = psychic character.)
Oofiction: Calliope: a Captain Hesperus adventure | Stranglehold: a Captain Hesperus adventure | Local Midnight in the Vacuum Bar | A Farewell to Arms, Legs, etc.: the Blaze O'Glory Story
Top

How about five characters that are over 0% but less than 50% cyborg. This includes prosthetics, brain implants, and the like. No on that’s mostly mechanical, though.
Top

Honor Harrington - she can't use the regeneration technology of her setting so has to use prosthetics instead. Left eye and left arm are prosthetics, and she has a gun in the arm.
Top

Bill the Galactic Hero Robert Heinlein. at least once he had a mechanical foot. as a recruiting sergent in book 2 or 3 , he stops to tighten a nut.....
Arthur: OK. Leave this to me. I'm British. I know how to queue.
OR i could go with
Arthur Dent: I always said there was something fundamentally wrong with the universe.
or simply
42
Top

(Unconsciously counting on his fingers, more and more astonished)

OK, let's have Mean Machine Angel from the Judge Dredd comics. Various cyborg bits including a dial on his forehead controlling his anger level.

And that would be five! Off to you.
Top

Okay... Let's have five SF stories, films, TV shows or whatever, in which sufficiently advanced technology is deliberately masquerading as magic. It can be the main plot, or just something one of the characters does.

No conjurors - e.g., this is a full-time pretense that magic is real (or that a character is magical), not just putting on a stage show.

No double bluffs, e.g. no characters using magic to pretend that they're using science to pretend to do magic.

I will accept worlds in which there is some form of magic, provided that isn't what the characters are doing - E.g., if characters stumble across a world with working magic and have to pretend to have magical powers as a disguise. Hope this is clear.

And the usual rule, only one entry from any given canon, e.g. if someone finds a character in Marvel comics doing this, all other Marvel comics, films, etc are then ruled out.
Top

In the Stargate franchise, technology-as-magic/divine power is the Goa'uld schtick.

I'll accept Stargate and The Wizard of Oz - for the latter, I said "I will accept worlds in which there is some form of magic, provided that isn't what the characters are doing" which I think applies to the Professor / Wizard pretty well.

The Practice Effect by David Brin,

Thingss do not degrade if used, instead get better at the current usage. It is normally accepted as "everyday feature/magic". Main hero (normal educated and skilled human) is considered big mage, as he is able to do good things directly from raw materials, without improving phase and those thinks does not degrade from non-usage.

Spoiler:
in the end it discovered, that all "magical" effects was done by old ancessors, who modified the whole world on "nano leveles" to make things better
Lady of Fate, we adore you . . .
Top