Oolite candidate for Open Source Game of the Year

For discussion of ports to POSIX based systems, especially using GNUStep.

Oolite candidate for Open Source Game of the Year 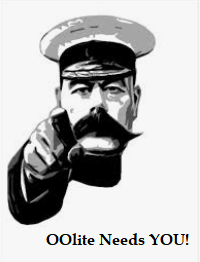 Each one of us has now the chance to "go public" and vote for the game that holds a special place in our heart.

We can all support Oolite, gain a good position in this poll, raised by LinuxQuestions.org at
https://www.linuxquestions.org/question ... 175645583/

To gain the right to vote, all you have to do is just register and make a post; a minor effort compared to the impact and value of your vote!
"Any sufficiently advanced information is indistinguishable from noise." [Newman, Lachmann, Moore]
Top

You wish me to join a forum full of penguinistas? Hmm...
Their dreams a tattered sail in the wind
Top

voted with the tux army

Game of the year for sure, and in reconfiguring old dual core machines, Oolite 32 bit works great, but there's a hitch. I like may programs working out of the box, without all that re-programming CRAP! Completed a Debian XFCE build, and immediately, it didn't like Oolite at all. I had gamepad issues, mouse conflicts and X and Y would not calibrate. Most people want a Linux machine without getting into the terminal, except for updates. I like Debian because its not bloated. Plus Ubuntu quit configuring 32 bit OS. Taking my trusty Debian net install, I erased XFCE and put on Mate. Same thing, gamepad issues, Mouse would not cooperate. I installed Gnome, same thing. I was wondering if Oolite had compatibility issues with embedded math co-processors. I passed on KDE because of the slow processing speed. My last choice was Cinnamon, and Holy Cow, it worked. The mouse and gamepad were communicating, and sharing each other's space. The X and Y configuration successfully calibrated without any issues and the game itself preformed flawlessly. If you remember, Linux Mint was the first to build the Cinnamon environment, which contributed to their huge success. A combination of GTK3 and minimal architecture was the best of both worlds.
As Oolite is concerned, an old 32 bit dual core machine is all you need. Download the 32 bit Debian Net Install, and select Cinnamon as your environment of choice.
I knew Elite existed, but I played Bard's Tale and D&D. Now, i'm above average with 103 kills. Awesome game. My only problem is "word" usage, like it was translated from another language. For example, the Towbar, the Moray Medical boat is not (immediately) behind the Main Station. When i'm fighting off the bad guys, i don't want to bother myself with riddles or half-truths.
The OXP (Oolite Expansion Packs) work great, and is embedded in the game itself, without trying to add .zip or tar.gz files to Oolite/AddOn, which I couldn't find.
Oolite is extremely addictive, and for older computers, some machines are not ready for the land fill. Recycle old machines, and install Oolite for a great time!
Thanks!
Top

Well, in the case of the "Towbar" OXP, it is kind of translated from another language! I don't think the author's first language is English.
My OXP's
YouTube: Oolite Teaser Trailer
Top

Very much retired Navy English, worked on F-14 radar. According to the Towbar directions, the compass should designate a "D" for derelict. But since it's a rescue, the "D" doesn't apply. Looked behind the main station, but there are two stations, the docking station and bouy, plus if you include the witch bouy. We all know that electronics and programming are based on exact definitions. We'll I guess I'm not smart enough.
Top
Post Reply
6 posts • Page 1 of 1